What is glutamate factor in ALS?

Mr Underhill From Shire 3.9.2021 Comments Off on What is glutamate factor in ALS? 24 Views

The Sound Of Silence

This is very interesting finding science has made already some time ago. What is known is that ALS patients have heightened levels of glutamate in brain. Glutamate is an important neurotransmitter so it is required for our nervous system to function well. Homeostatic levels of glutamate mean the nervous system works well, there is a good signal going through the neural network. If there would be lack of it it would cause problems. If there would be serious abundance, it would cause problems as well and even worse problems and this is exactly what is happening in ALS patient organism.

It is like if you had some electrical network which is designed for certain range of voltage. But what if suddenly the voltage or signal is extremely strong and exceeds the limits? It starts to threaten the whole system. Just for a better imagination you can read something about Germany energetic issues – it has build massive wind parks in North Sea area. When the wind is too strong it threatens the whole system stability and there is even danger of blackout, loss of the electricity. This can be exactly what is happening in nervous system with excessive glutamate. Science knows it results in overexcitation and such neuron cannot withstand such influx and after some time it just collapses and dies. Loss of signal occurs, neural blackout. However before the neuron dies it has its agony phase – the overexcitation most likely explains those infamous spontaneous muscle twitches. If you know something about ALS you should be amazed with this theory – this is it!

However this is not all. Naturally we need to ask why there is so much glutamate? Where does it get from? More glutamate than necessary can have many people and experiencing this occasional twitches is often not a deadly ALS symptom. Still you should know these possible explanations because excessive glutamate can be result of poor food diet.

In ALS the problem is different but food is very important too. The link goes to chronic inflammation, another absolutelly unquestionable finding in ALS. This inflammation means there is ongoing activity of immune system. When stimulated, immune system uses substances (weapons) which are toxic also for our own cells and tissues. The design is still very smart. The idea is to quickly step in, resolve the issue including some minor collateral damage done to our tissue – it will get repaired as part of the aftermath consolidation activities. This is actually why we feel the inflammation (pain, swollen area). However in ALS things do not follow the optimistic scenario – instead the immunity falls into its own trap. It does damage but is not able to finish the job. Since it is also responsible for this collateral damage which results in other more and more PRR danger signals (when good cell dies in action; friendly fire) this results in calling in some additional immune cells and the inflammation is being spread without being actually finally resolved. This is the famous chronic inflammation.

But still what could be at the very beginning and why there is so much of glutamate? The answer is microbial infection in the brain, which is confirmed and there is good scientific evidence available thanks to amazing work of Lida Holmes Mattman and others. These extremely resistant bacteria of spirochetal strain live in the brain area, in CSF etc. and can be those who caused immunity arrived to eradicate them. The QUIN acid produced by immunity can through some other reactions influence glutamate levels (references in that previous post). Another contributing factor can be the role of astrocyte cells who can be infected by EBV et al. (again confirmed presence in these cell types in general). These cells provide the services to neurons (nourishment, support, protection) and are responsible for cleaning-up the extracellular glutamate which could already harm the system. If these cells are under attack or impaired or mutated they do not fulfil this role well and glutamate levels in extracellular matrix is the result with all those negative effects.

This is the story of glutamate role in ALS. However it is probably not the only factor playing significant role in muscle twitches or fasciculations. Another possibly contributing factor explained more here is the suspected disbalance in the Calcium/Magnesium ratio (abundance of calcium; insufficient magnesium). This is also the reason why some ALS patients do benefit from supplementing something as simple as magnesium, one example for all is Bill Riffle but also science noticed such simple supplementation can help – one article referred from here.

Please note this answer is part of FAQ page containing 45+ amyotrophic lateral sclerosis (ALS) related questions. It can be also viewed as single post which may look little bit odd. For example search engine like Google or Bing can direct you at such view. If you are missing a context check the parent page and perhaps also other questions. Do you know ALS Experimental Theory? Are you aware of ALS 1KD Challenge? Have you read results of my ALS investigation with really controversial conclusion?

Fight against ALS disease needs to be lead by employing below generic tactics (details are part of this website too):

Please see About Author page.
Previous Why toxic metals are mentioned as risk factor for ALS?
Next Is immunity factor in ALS? 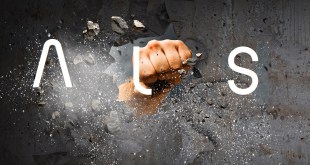 John, I have read your last post called „Brutal and ruthless truth about ALS“. Please …