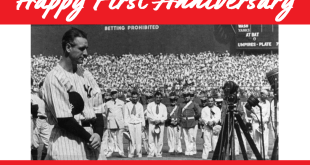 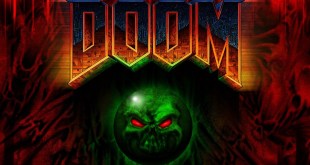 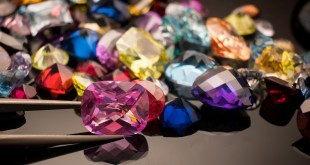 In my opinion this is a very strong trace but the way inflammation is interpreted makes things complex – science has a quite good low-level understanding of it but it lacks a fundamental trust in human organism which shifts it more into hacking attempts instead of giving helping hand to the struggling immune system or influencing it in line with its overall architecture (modulating via healthy microbiom).

In case of ALS there is a long chronic inflammation in brain and spinal cord. Obviously something is wrong if people could observe that astrocyte cells attack neurons​1​ or there are some other players of the immune system active at the place of the tissue damage. However humans should ask more like childs do – why? Why, why, why … ??? This is the way to get to the root cause. As far as I read various sources this is not really happening as humans always stop asking “why” very early – they just stop and start hacking and they spend lot of time and resources with this hacking before they can admit “Hmmm ok, perhaps we should move on”. And since they spent so many resources there is already purely human problem of admitting mistake and abandoning some theory and related projects.

In overall this is the result of the lack of trust I wrote at the beginning. They do not trust the human organism there can be some for them invisible danger the immunity is fighting against. They think about us like a broken mechanical machine which they try to repair by often very speculative and not wise attempts – only the layers of complexity of the related disciplines (genetics, molecular chemistry etc.) give these attempts sophisticated property. If science really communicated things to people using proper analogies I am sure lot of this “sophistication” would go away and many smart people would ask why they don´t do this or that instead. I am asking myself these questions already now no matter how arrogantly it can sound 😃

I really tried to get opinion from some scientists and asked them for quick feedback. I never got a single letter of relevant response. So who is arrogant then? Who seeks for collaboration and solutions? I would always try to share some feedback, moreover if I already did communicate and replied before – one paragraph or two sentences, whatever. Why should not people comment relevant works of other researchers, right? (I do maintain references to scientific works).

But I am fine with it, since I work in line with my No Limit rule and these human trait problems were expected – they are big part of the ALS problem. Everyone is playing on own playground. This is not the way to beat ALS.

The presence of chronic inflammation in CNS of ALS patients is unquestionable and a known fact. As I wrote the problem is the interpretation of inflammation. Science has problems with it and this puts us on the field of autoimmune diseases. I have tried to propose explanation as part of my Autoimmunity 2.0 post. Curious reader can also google for articles covering polyclonal activation​ in B cells which I treat as a very relevant topic (when done on leaked autoreactive instance of B cell). While science blames human organism and its immune system I have nothing but huge respect and belief in our immune systems. Instead I blame those humans telling such things and then I blame the world of pathogens (viruses, bacteria and their L forms etc.) as a primary factor in the development of autoimmune diseases. Then there are other factors which cause that inflammation becomes chronic inflammation because they weaken the immunity to such degree it looses its power to resolve problems it detects.

Please recall again sporadic ALS and ask question how sporty person can gradually and (sometimes very soon 😔) reach the unfortunate state of a very sick ALS patient. What had to happen to her/his immunity over time? Were there any signs or alarms along the way? Some fatigue, infection like problems or allergic reactions? These are the right questions to ask.

I recommend reading this book​2​ – mainly the ALS chapter. I am also including author information for you right below.

Michal Schwartz is professor of neuroimmunology, Department of Neurobiology, Weizmann Institute of Science, Rehovot. She has received numerous awards for her pioneering research and was recently elected president of the International Society of Neuroimmunology. She lives in Rehovot, Israel. Anat London, a former Ph.D. student of Professor Schwartz’s, is a science writer at the Weizmann Institute of Science and an intellectual property associate at Foamix Pharmaceuticals, Israel. She resides in Israel.

Think about chronic inflammation as about Afghanistan or Vietnam wars – these were chronic wars without any final victory or substantial achievement. Only the land and people suffered because of war operations. Useless wars. What Americans did in Vietnam is in today perspective crime against humanity and environment (read about it something) but it were also Americans who stopped that war which is really a great thing. It was public voice of young Americans who made the difference – those hippies who were assessed not well by older generations, weed smokers and love makers 😀.

Those war operations have not solved anything, the collateral damage was huge, expenses were huge, lost lives high and at the end american veterans who returned from that hell were often being disgraced or not treated well – it was nobody´s war. But they were not guilty. The politicians who sent them there together with high rank generals were guilty, as always. Soldiers do not start wars. In the same way immune cells who are fighting at the site of inflammation are in my opinion not guilty, they do damage but because they also have some other reason – there can be big disbalance in the immune cell populations (attack Vs stop/suppress action) due to the casualties suffered (gradually obtained immunodeficiency; microbiom issues​3​) but there is most likely also stealth enemy factor in the background.

In the 19th century humans finally started to see what people could not see before. In the 20th century humans improved this and can see what people in 19th century could not see. In 21st century we should be able to continue in this progress and observe things which we are unable to see till today. However the inability to see is already not in the microscopy​4​ capabilities but in our way of thinking about common pathogens (EBV, HERV, VZV, spirochetes, …) and where we are looking (e.g. not that much into DNA/genes inherited).

I am writing here about this theory repeatedly which can be already annoying to some extent but please consider alternative explanation. I am doing it intentionally because I believe it is highly relevant. This is why I sliced my new unpublished and quite long post into post series called “ALS Stealth Infection”. One day also others will need to admit those microbial factors play crucial role. I see it already today but evidence for it is hard to provide. Evidence oftens comes later, just note very recently announced findings on black holes which Stephen Hawking was talking about 30 years ago (“black holes do not shrink”). 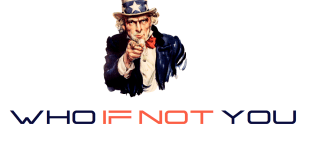