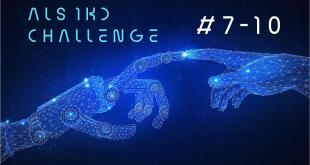 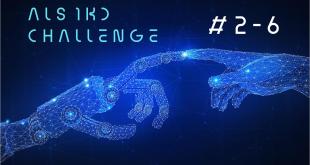 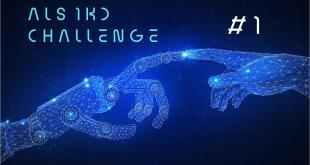 Finally I can describe my own experience.

As a kid I have been always rather healthy with one exception – very early so I don´t really remember (< 4 years) I had some serious respirational issues. There were pretty bad moments and my parents were really scared. In hospital I recovered and since that time I was happy and healthy with practically no limitation. Of course I was sick with those standard diseases here or there as practically everyone  but nothing serious nor frequent any more. Medical checks were rather formality for me.

However it dramatically changed when my mom got this deadly diagnosis. I don´t want to describe all the details but it was first time in my life when I got really scared. First it started with strange hypertension but there were other symptoms which are already much harder to explain to doctors and they usually classify all under „stress category“ which was more than logical given the terrible news. I still remember that so I can name these less oficial symptoms as well.

It was practically impossible to communicate these strange symptoms to doctors. People usually think you are just unstable mentaly which of course is part of it. Doctors could detect only one single problem – strange hypertension and they were quite wondering about it because I did not have any standard risk factors, practically perfect weight, blood tests OK. I passed also other medical examinations – endocrinology, sonography, heart examination. No issues were found and I ended only with blood pressure medicaments. This initial period I somehow overcame without really knowing how. But today I see some details which perhaps helped me. After week or two  the pills ended in trash bin and I started running based on the doctor who examinined my heart recommendation. I also somehow improved my life style – resting, herbal teas and vitamins. I got better and refocused on my mother – this was a real test of my mental power. I never accepted the incurable status of this disease and instead started gathering information with some naive goal I will find something which will reverse the disease – naive behavior for 99% people but I never gave up. The problem was my mother mental state was already bad, the death sentencing diagnosis made permament damage and disease progressed rapidly. She died several months later.

My own fight was not over though. While I felt good for some time it changed few years later. Again the same feelings, same symptoms but worse now. Stiffed muscles in neck area, pains and again blood pressure strangely fluctuating. Again doctors were of no real help. I tried to decipher the problems and was almost sure it is recurring boreliosis. Internet is full of people who are repeatedly suffering with all these symptoms. My doctor marked boreliosis as impossible cause because I had no spot – quite known problem. Blood tests revealed one thing though – weaker thyroid! I insisted on another blood test with WesternBlot, the doctor allowed this at the end – he wanted to get rid of me! 😁 It was negative so I tried one well-founded neurologist. He interviewed me and concluded „all is in my head“, boreliosis is a nonsense and reminded me I should do something with the blood pressure (160/90 during his examination). I tried to explain him my issues which I had on a paper in a form of list – like a true hypochondriac! He was not really interested and neglected everything, he already was clear despite he saw me for the very first time and spent with me 10 minutes.

At that time I had strange feeling during walking. I felt like it is „throwing me“ slightly to right, like some very light balance problem. I could always control that so nobody would ever notice that but I clearly recognized that tendency. This neurologist started asking questions again and then he concluded it is a result of carrying a bag on a single side. At first I accepted that but soon I rejected this because it just did not make sense. My boreliosis hypothesis was denied and I did not get ATBs which I wanted. Today I´m grateful doctors refused to give me ATBs.

I still had to do something about it. I decided to try natural ATB equivalents which I was aware of little bit. I bought a book describing this and created a list of things I should buy – some supplements created from natural products (capsule form), strong garlic, various herbal teas and vitamins. It took much longer than for the first time but after several weeks I felt better again. I also rested a lot, had no real problems in life – this all helped me.

There was one problem – every time I had some period of little bit heightened stress, mainly at work, I started feeling it is again getting back. I have been always rather calm person but I had to learn to control myself even more, especially those internal emotions which you don´t communicate out. It was very strange and I had another two periods where I was worried about my health. The symptoms were always similar. It appeared to me like I am really old already and almost unable to withstand conditions which were never problem for me in past. Even today I´m still young person, so I did not understand it, all I knew is, it all somehow is related, it is still the same unresolved mysterious problem. All these for years lasting issues have one unknown cause. If boreliosis was not an option, then I found chronic fatigue syndrom (CFS) or post traumatic stress disorder – all these diagnoses stated similar symptoms. One day and already during COVID19 pandemy I felt the symptoms again. I was prepared to accept, it is some mental problem despite I did not like it – what else you can do. However after some amateur mediation attempts I got clear – this cannot be just in my head. Does it sound crazy? 😉 Perhaps, but I know myself very well, I´m very intuitive person and can assess my state without bias. At least that is my opinion.

I made another deep dive into my books. At the end I got to Anthony William and his thyroid book​1​ – I started reading it thoroughly this time, without actually knowing he is some medium. I was hungry for information, theories and nothing else mattered. In short this became a real game changer for me. Now it all made sense to me and it explained everything. It was strange feeling. At first I need to say I recognized my mother health issues, the pattern was so precise and identical but there was no ALS label, no ALS disease description. I clearly saw that though and I realized this theory can be actually valid. My still not super heavy but little bit scarry symptoms convinced me to try the diet and protocol. It was spring time and I also experienced polen alergies more and more, every year, which was new for me. Another thing was that I learned about fibromyalgy – this was very very close to my boreliosis or CFS theories. In my library I had also his first book​2​ which gave me some insights mainly later.

Besides this I really realized something what only my intuition was telling me always – ALS can be only tip of the iceberg. Just a terrible culmination of insidious and chronic issues which are caused by SOMETHING during a person life.  It appeared to me I may be walking in my mother steps – a way towards a disaster. Please take a look at the picture below. You won´t find doctor approving this, that´s fair to mention. My mother diseases are confirmed except fibromyalgy and Menier disease but I have no doubt – I saw her and listened to her statements/complaints. In my case I think all was at very early stage so again doctors will disagree but note what results doctors have 👎😐. Besides that it concerns only fibromyalgy and Menier disease diagnoses, hypertension and hypothyreosis were clear medical findings.

My motivation to try out Anthony William otherwise non-harmful protocol reached maximum. Some diet, fruits and vegetables? No problem, I have nothing loose.

In the next post I will summarize how it went.

After years of confusion it looked like I found explanation – viral infections of various strength which are repeatedly trying out my immune system. Time had come to focus on immunity reinforcement. 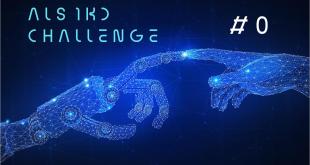 It took me a quite long time but now it is here - I am pulling out the last ace from my sleeve. While my theoretical part of this website can sound weird to people, now I am going to describe my own 1KD CHALLENGE. It is a reality and I will be only translating my personal diary (paper form) to this blog with some comments here or there. Perhaps it will help someone to find some common pattern or similarity, because if the reader finds it there then it inherently means that he or she found another very precious thing. Real hope.